The Seekers was a British newspaper comic strip which ran from 1971 in THE DAILY SKETCH, which also ended the same year. I don't believe one had anything to do with the other. In the tradition of Modesty Blaise the strip is well drawn and written. This is the strip's first sequence, which began on May 2, 1966. 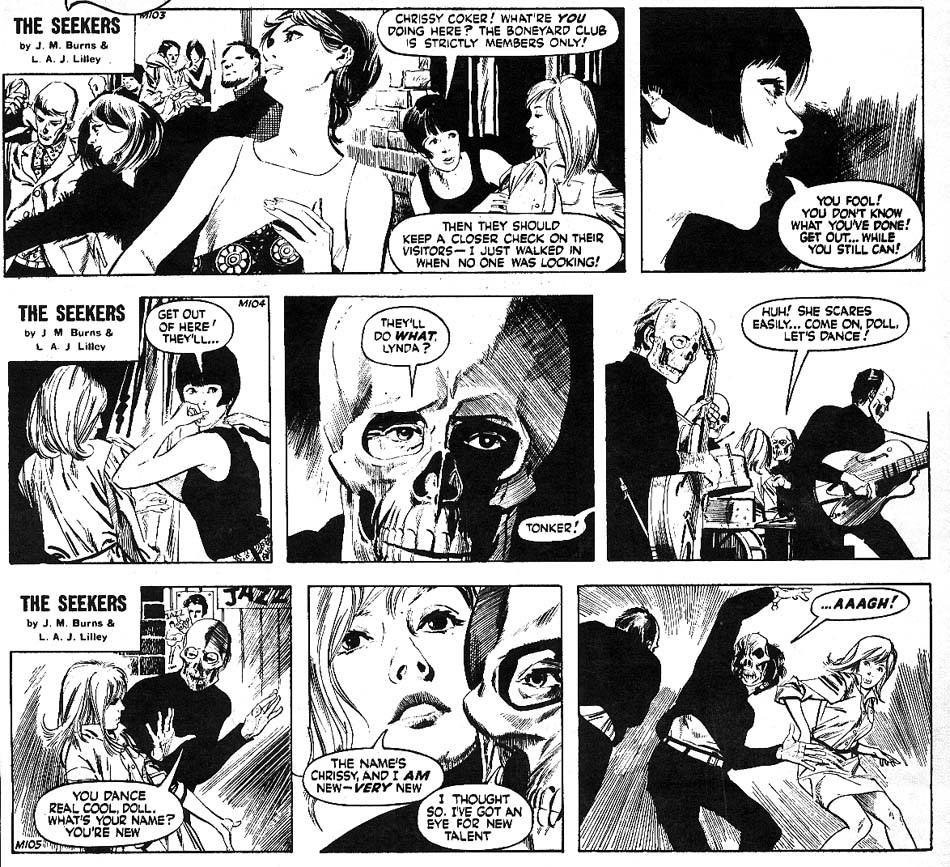 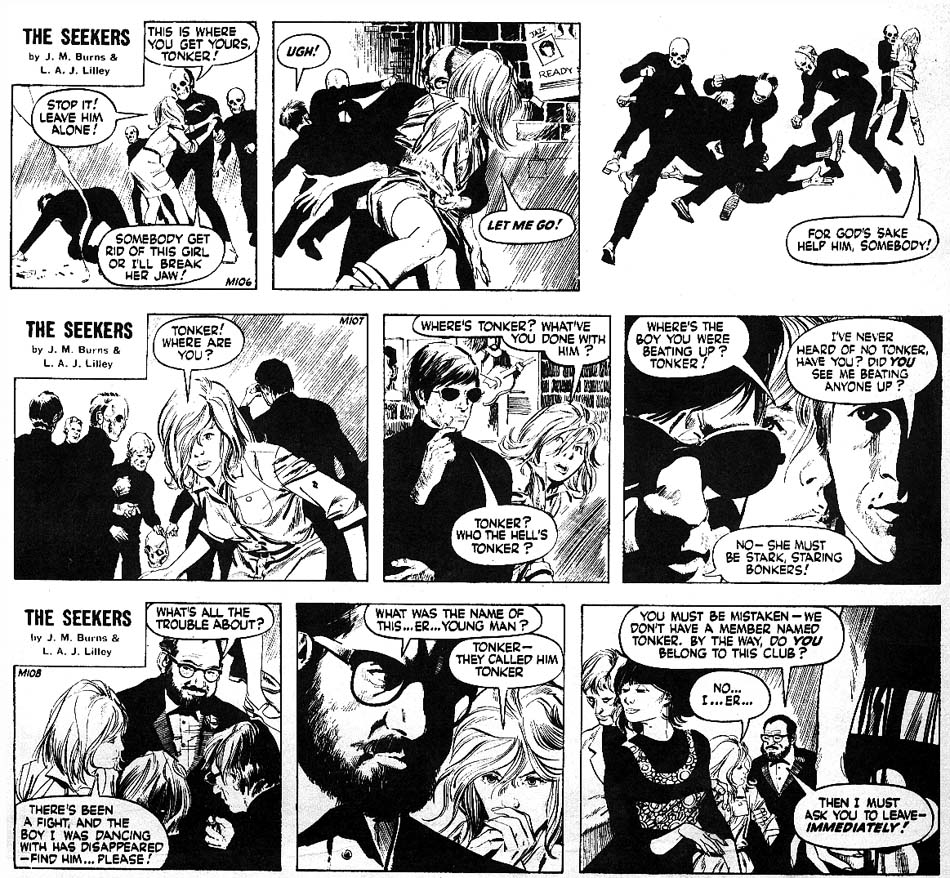 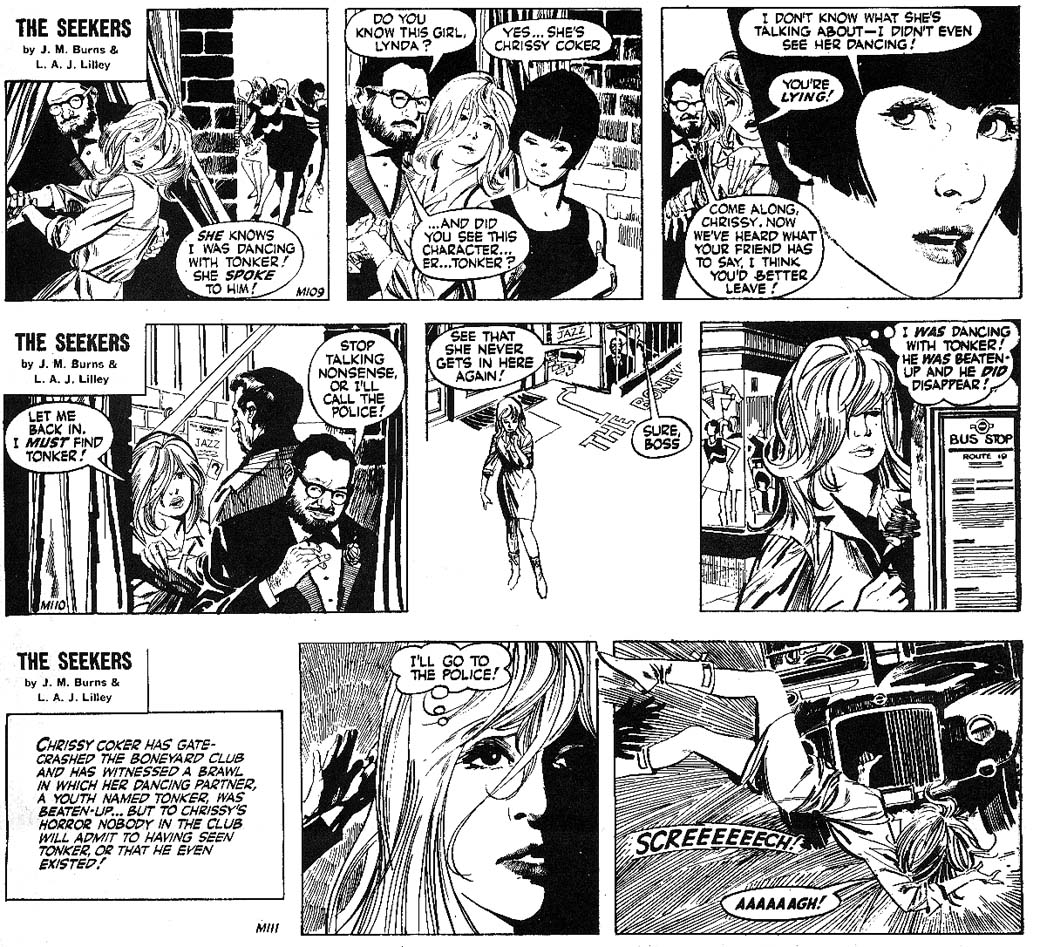 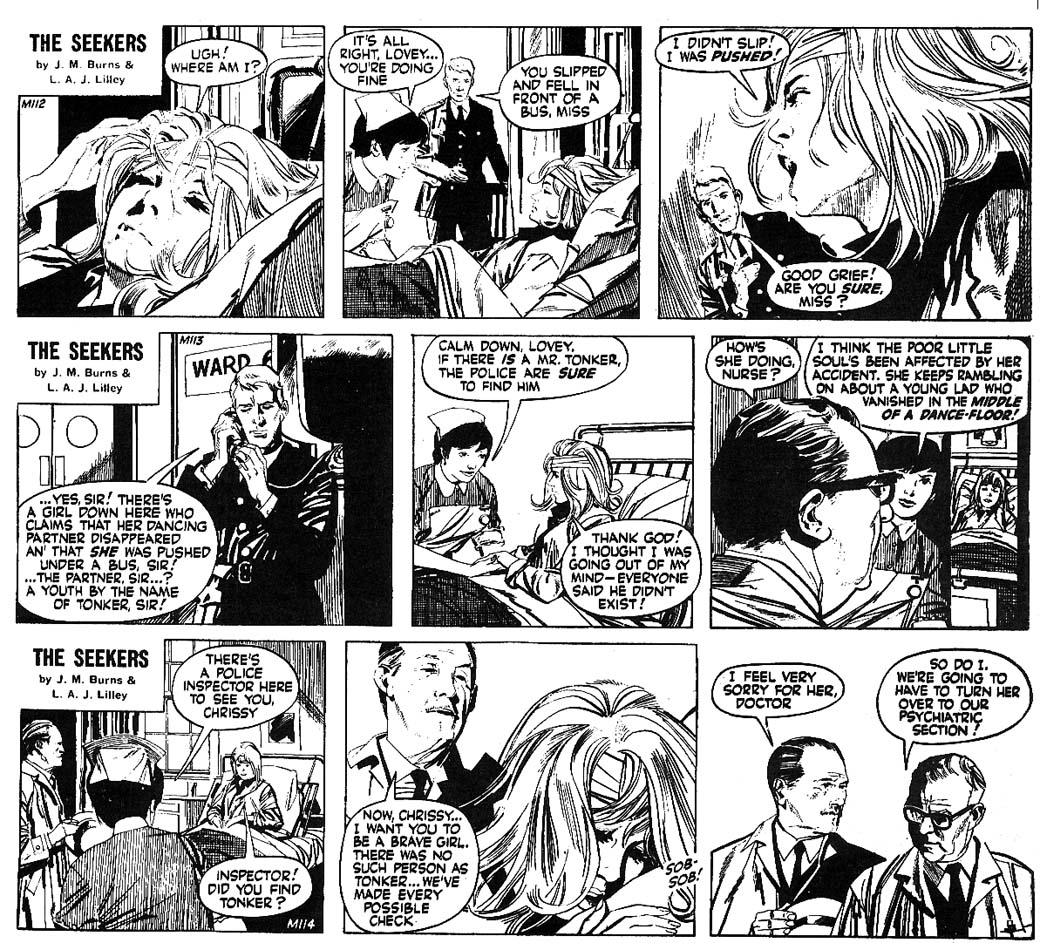 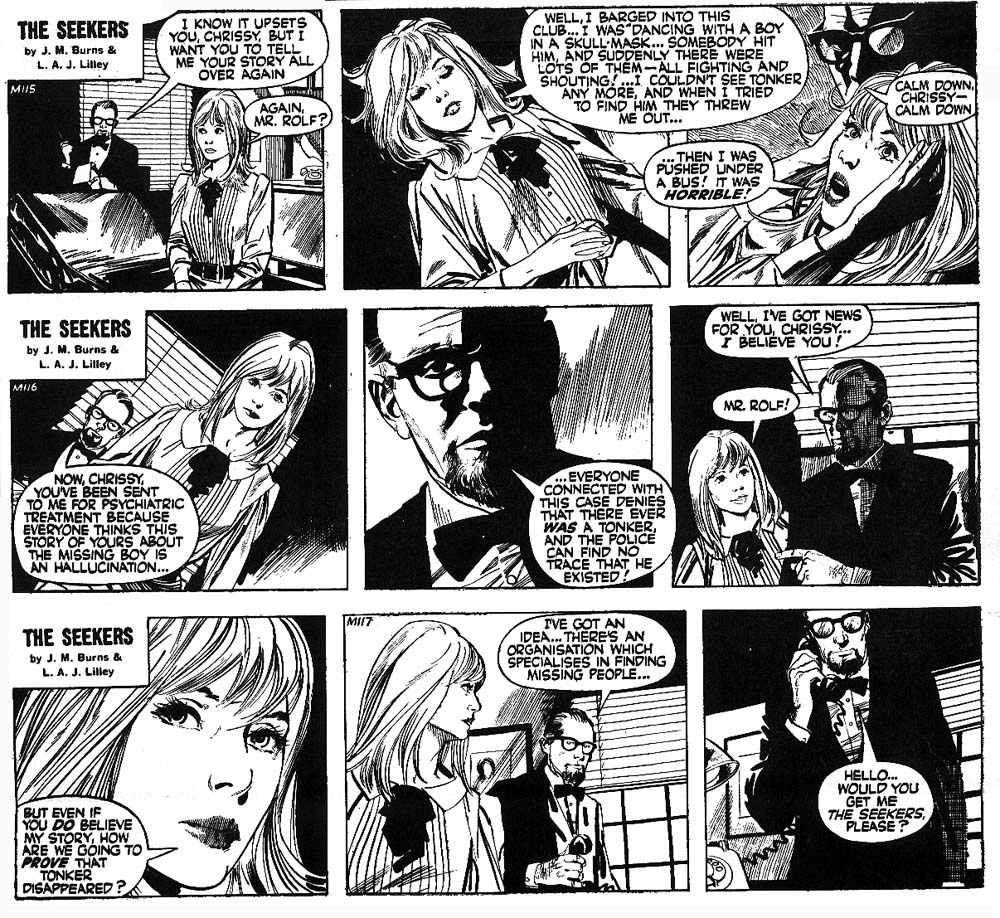 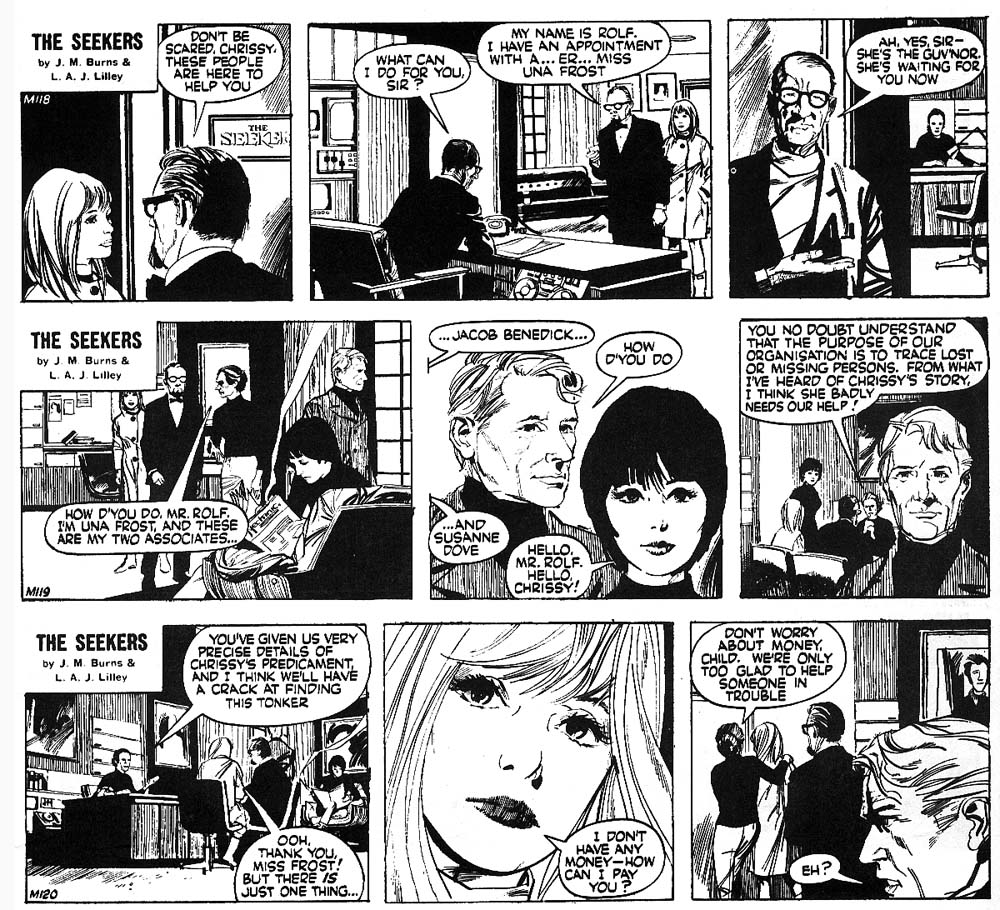 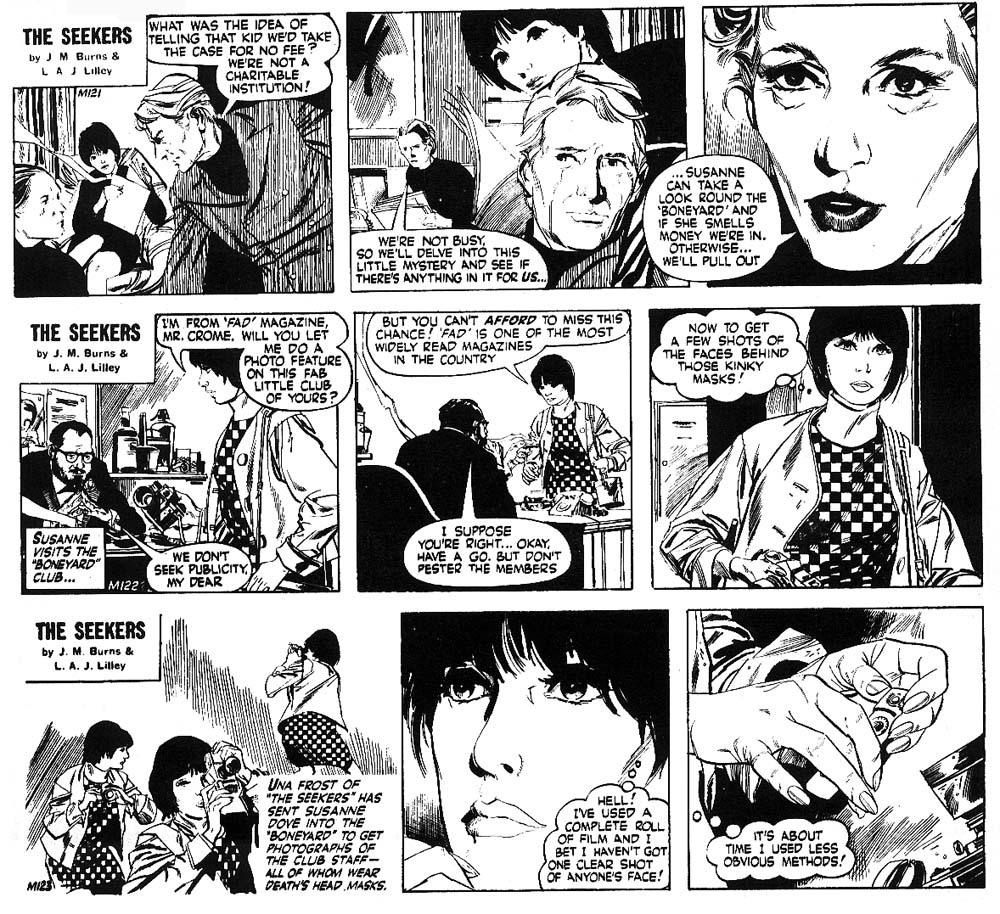 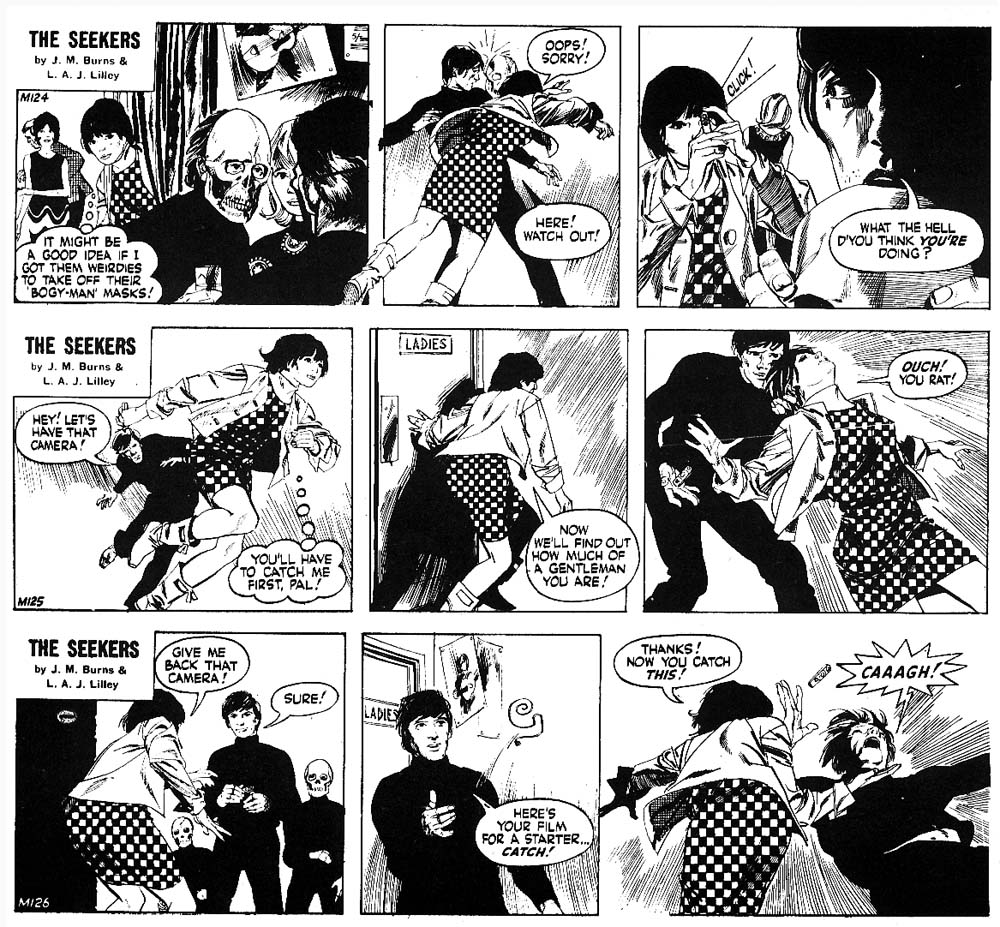 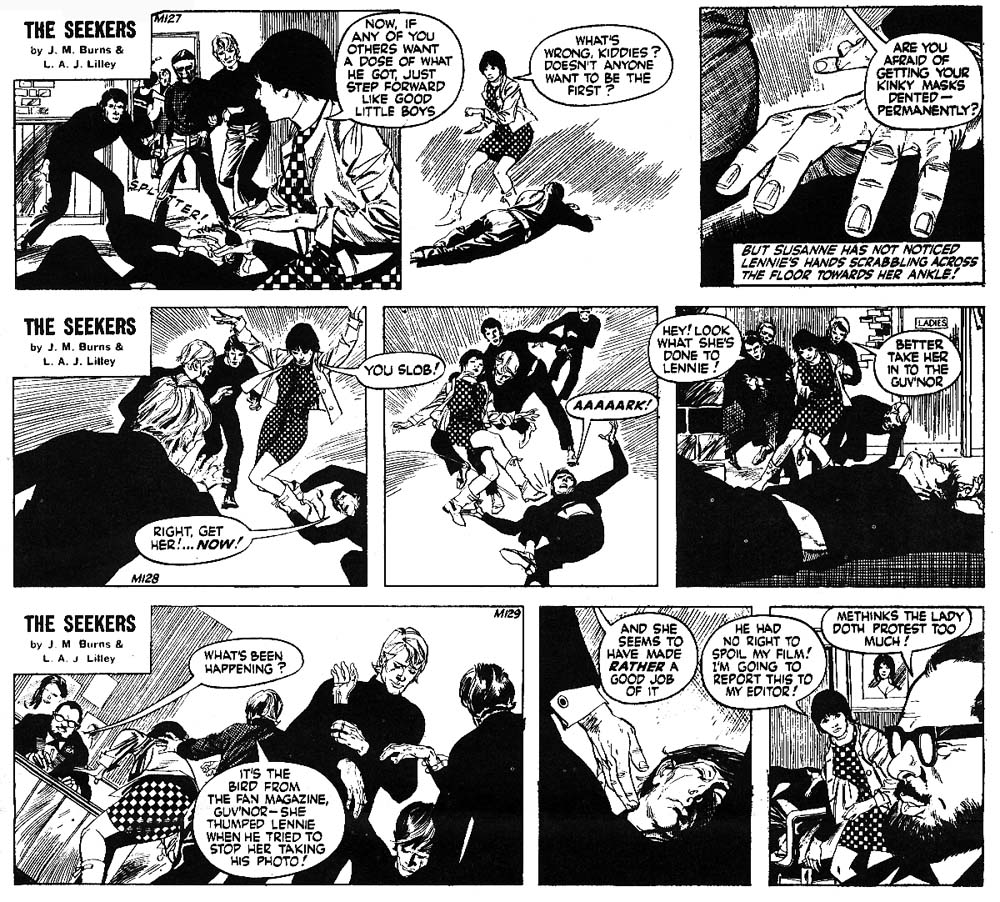 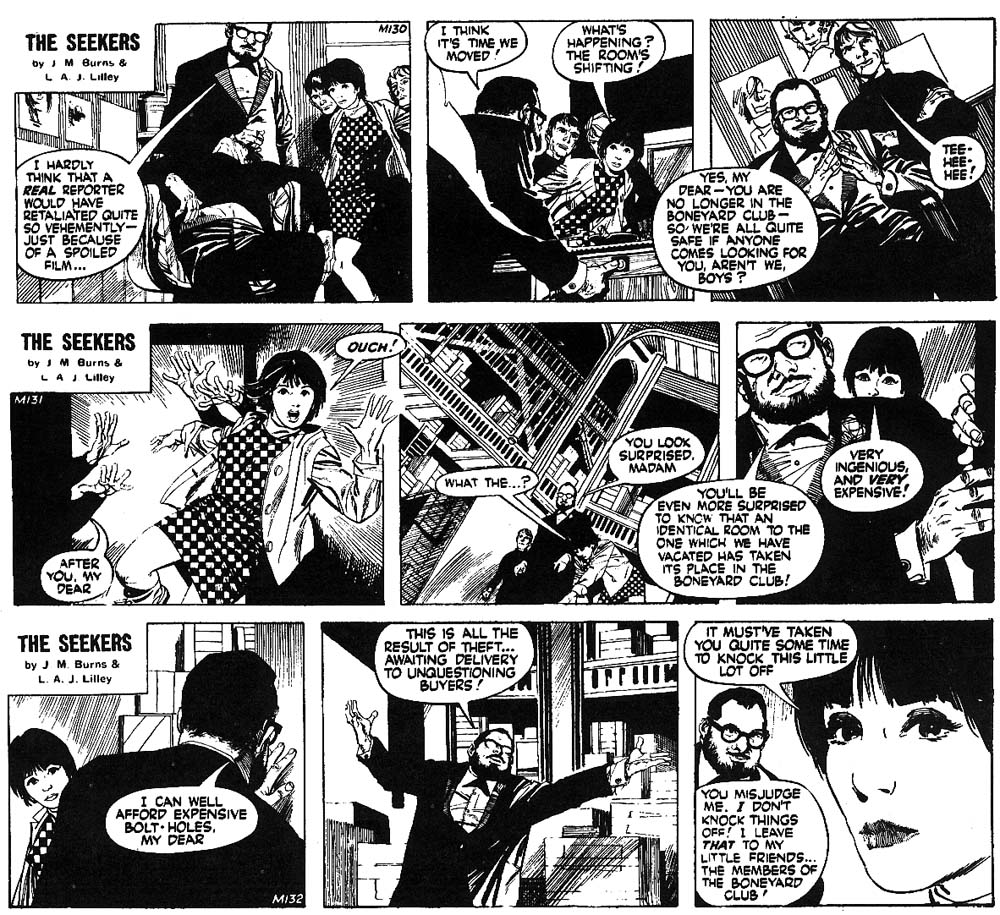 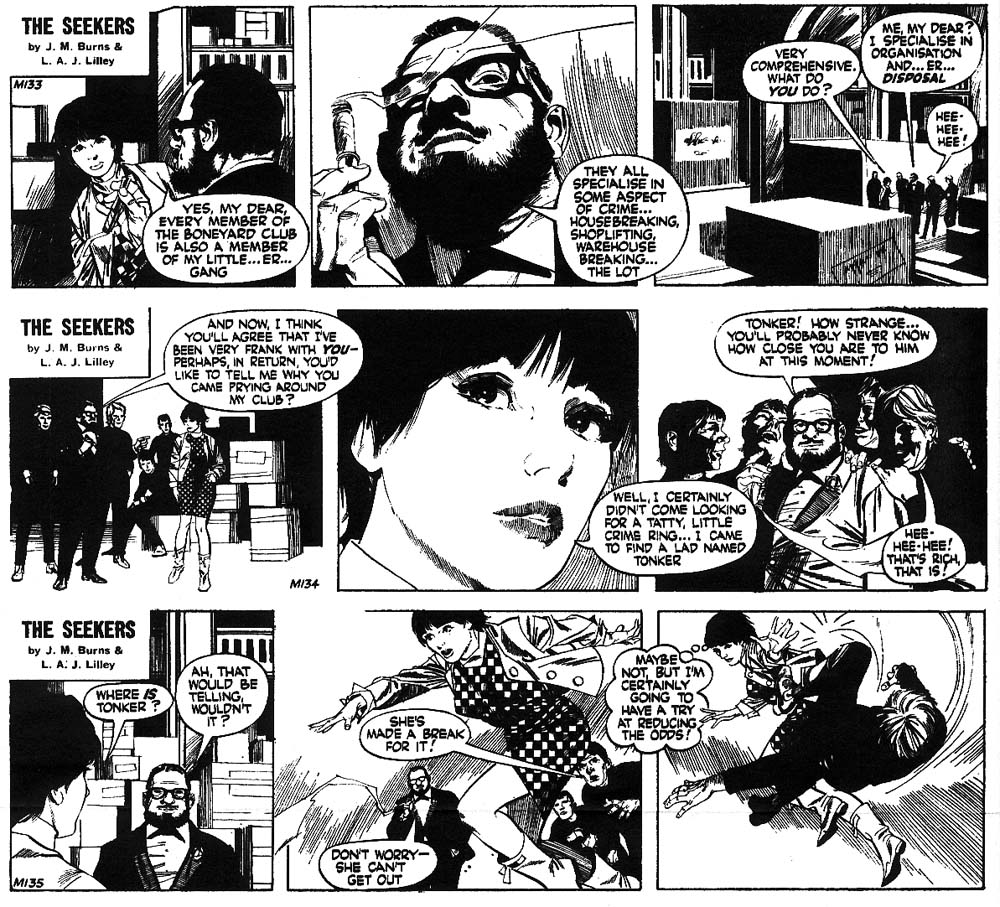 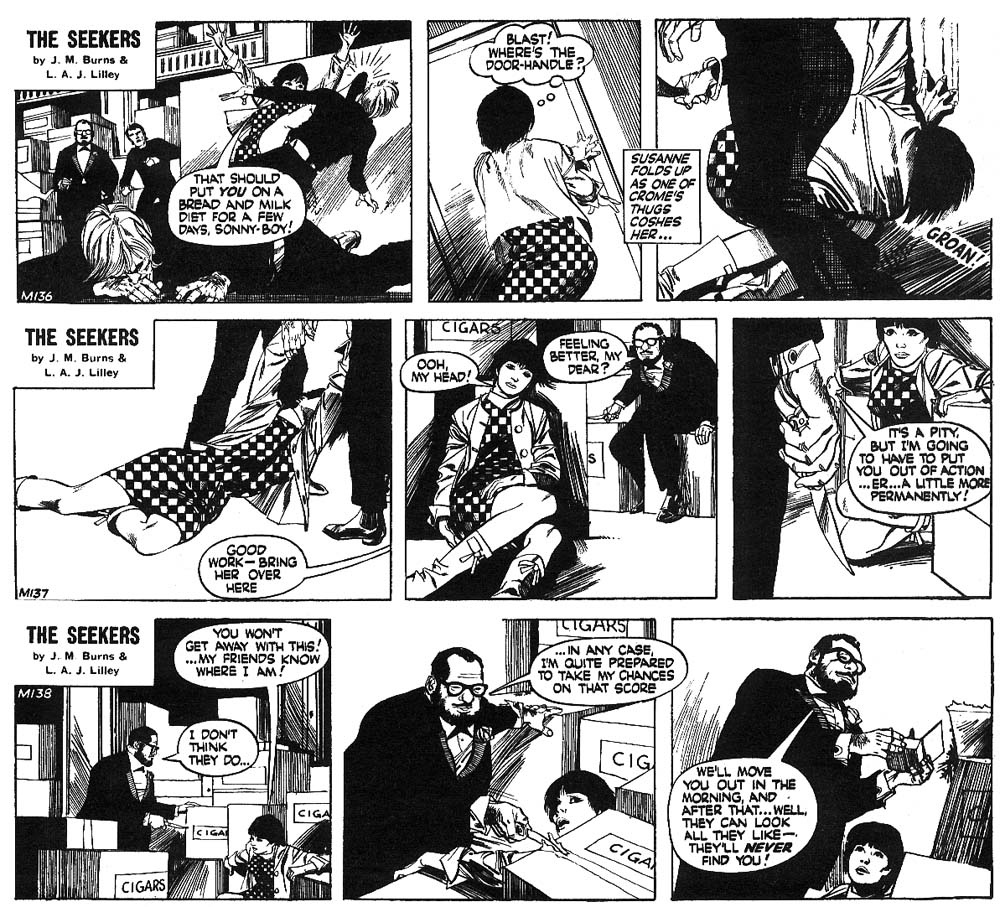 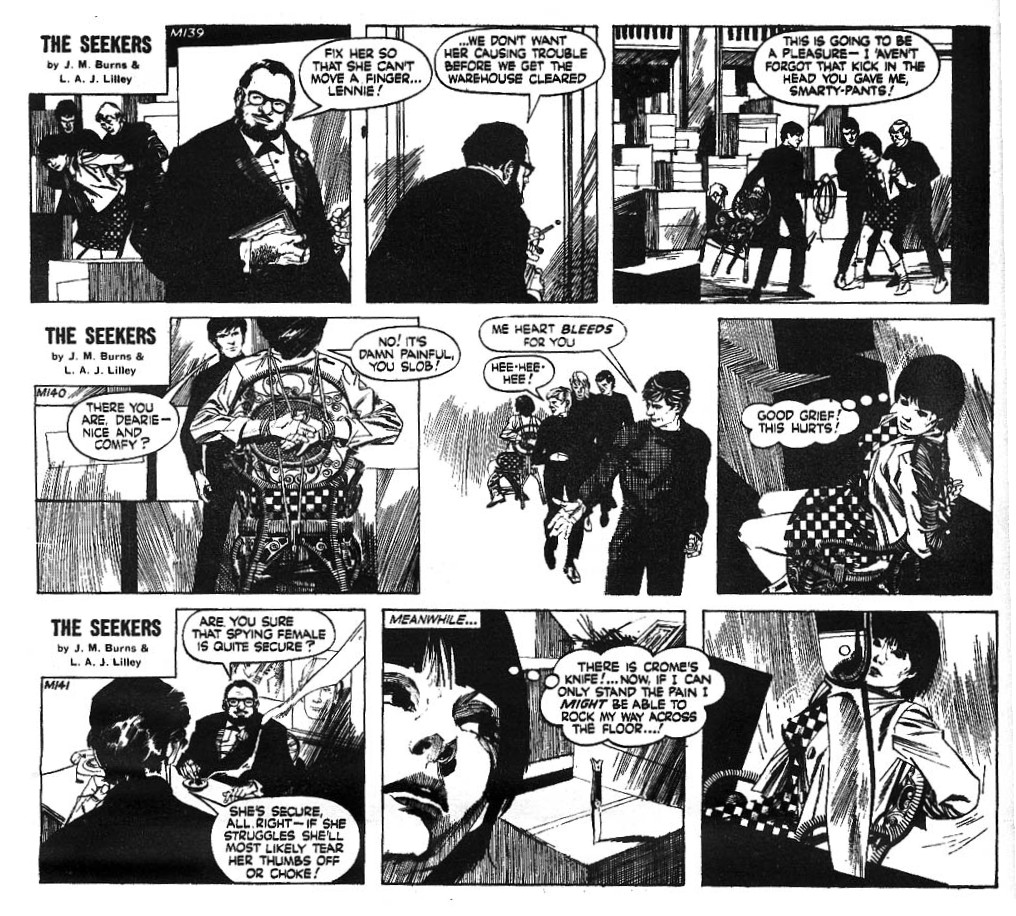 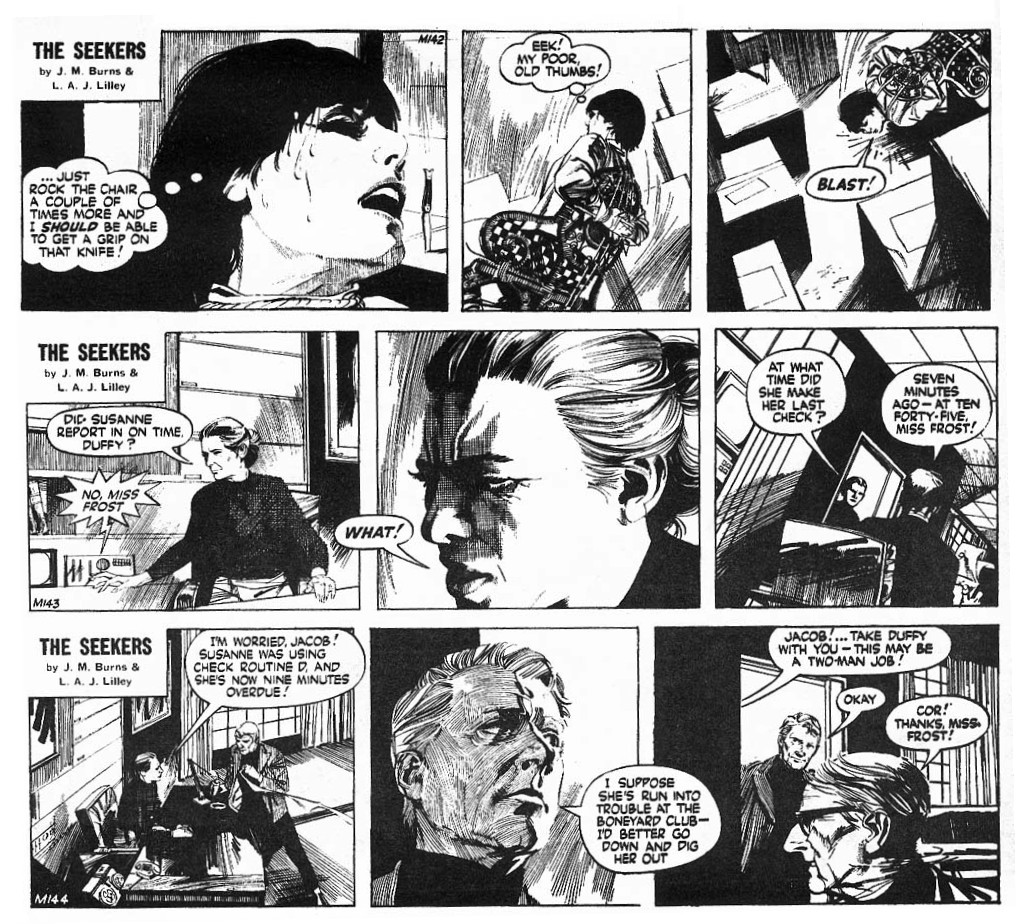 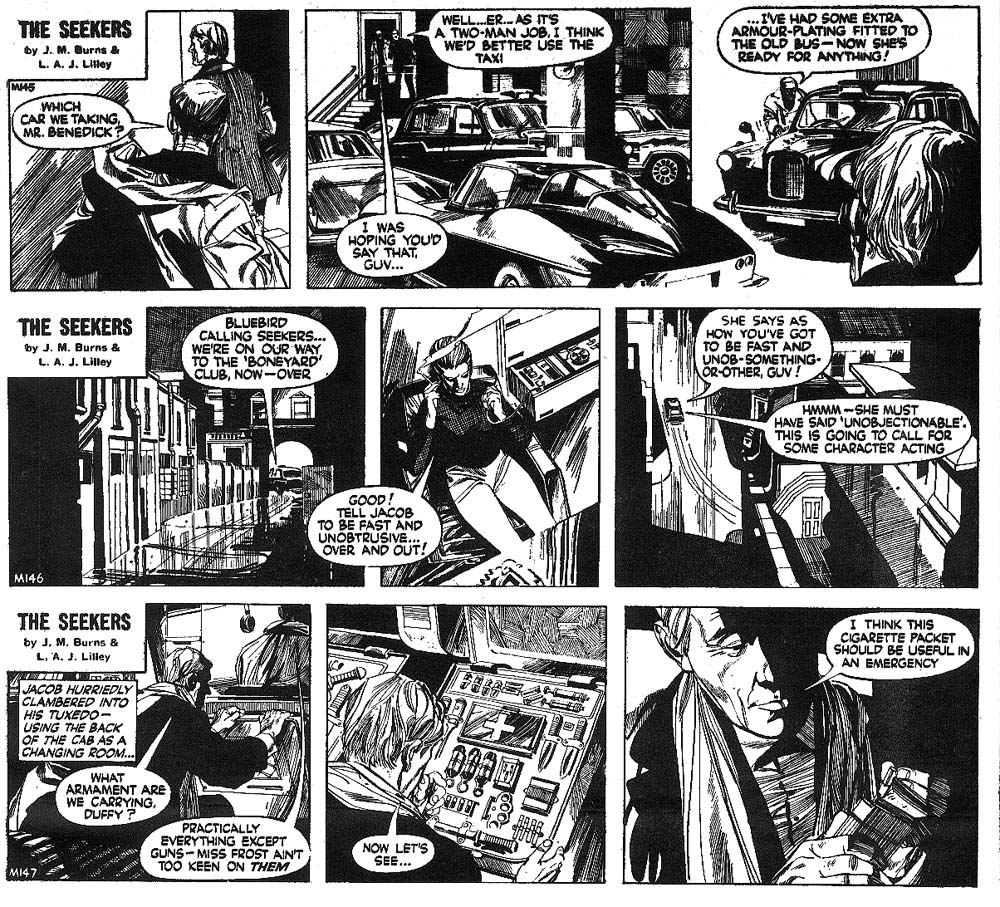 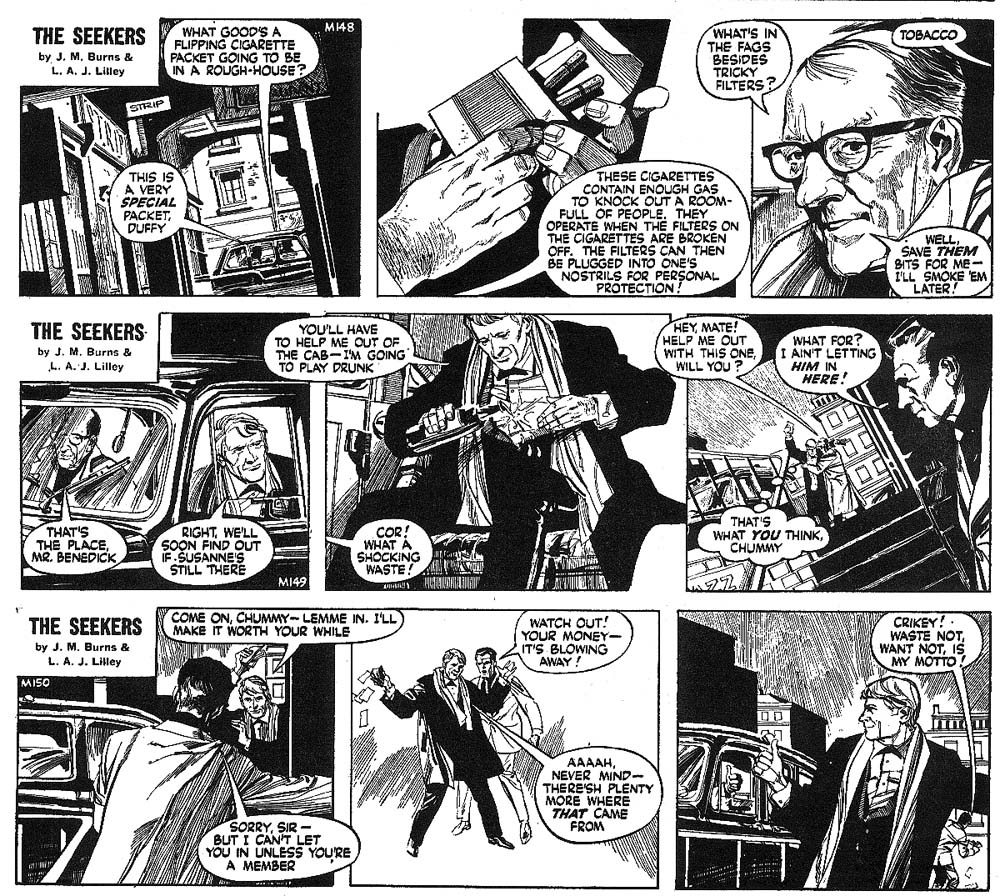 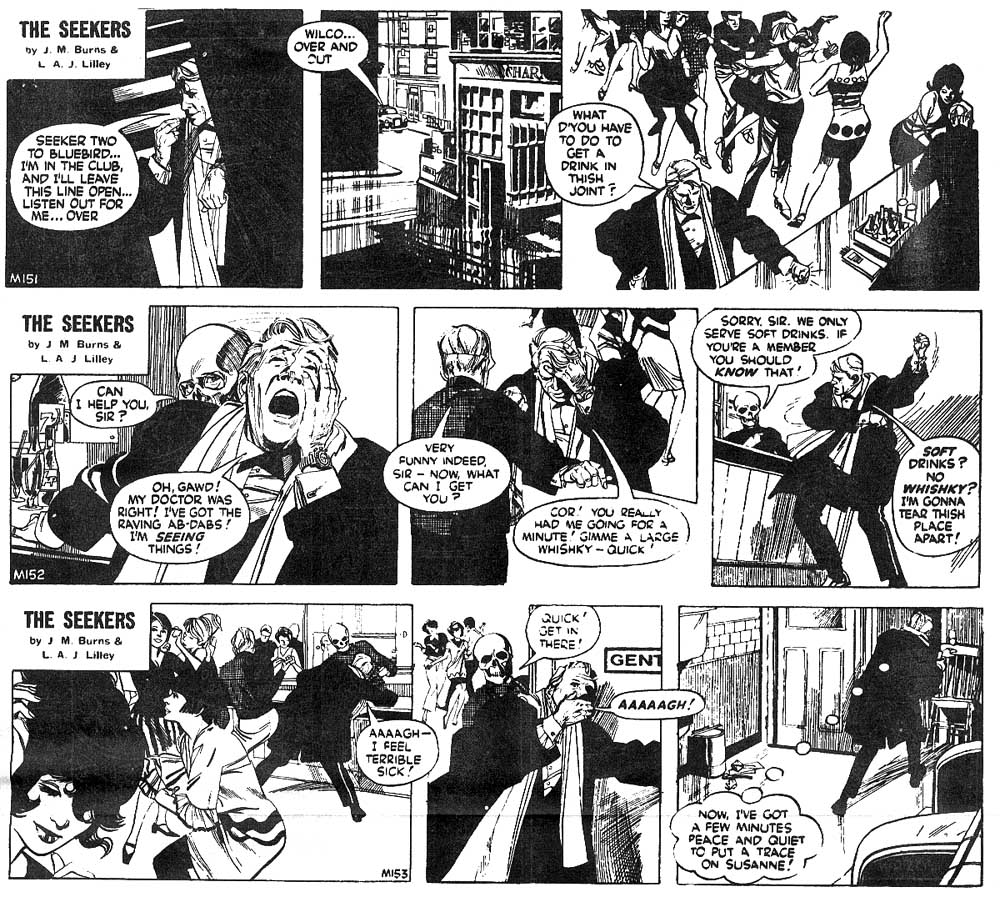 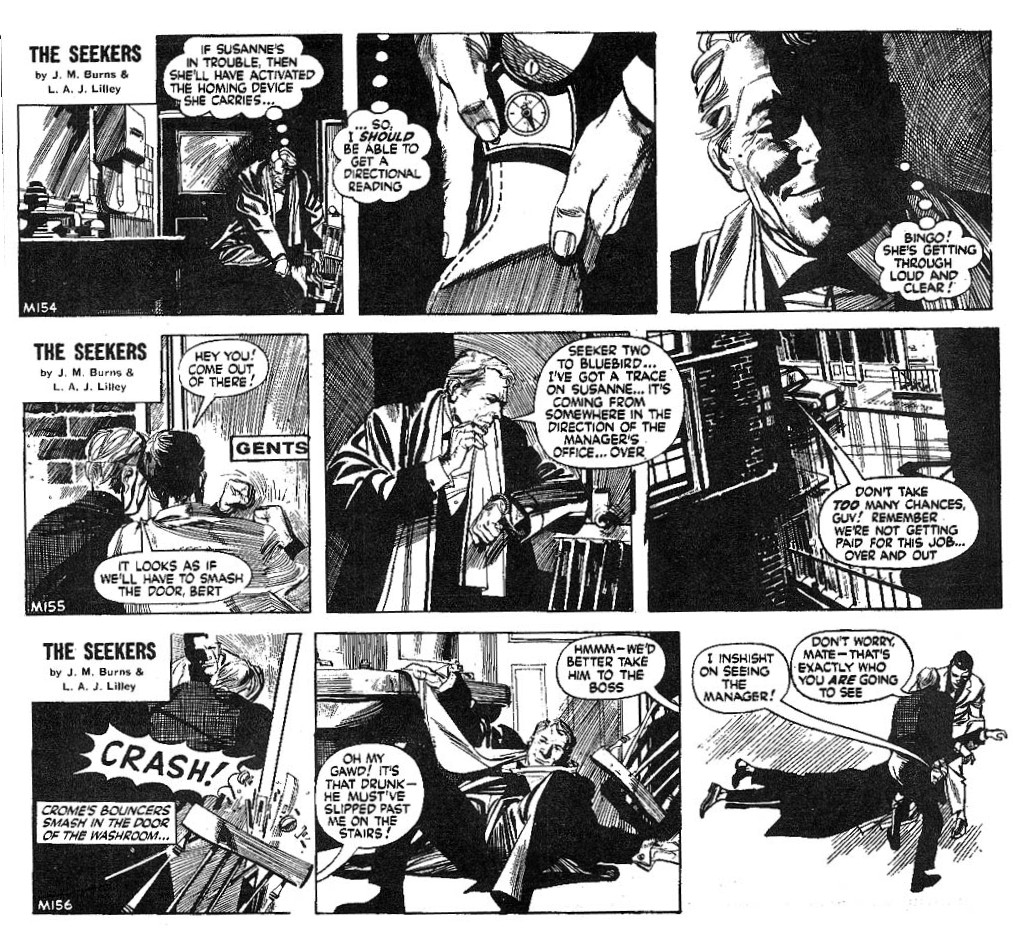 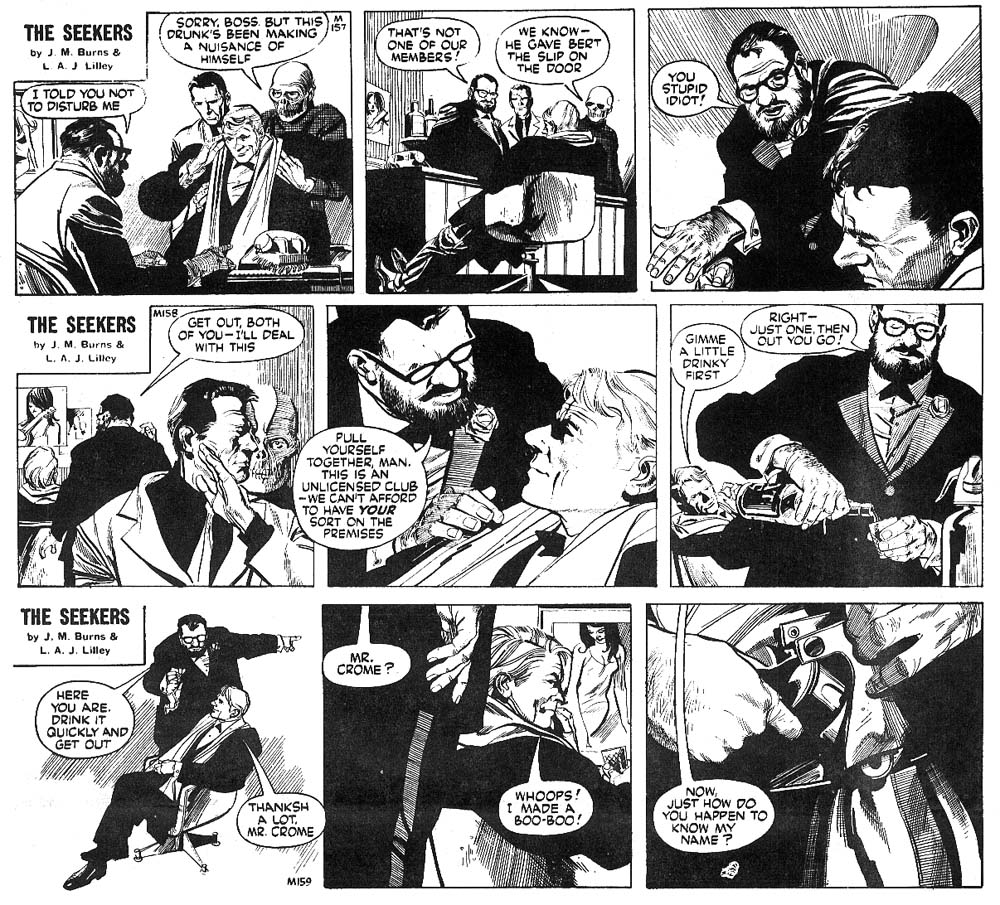 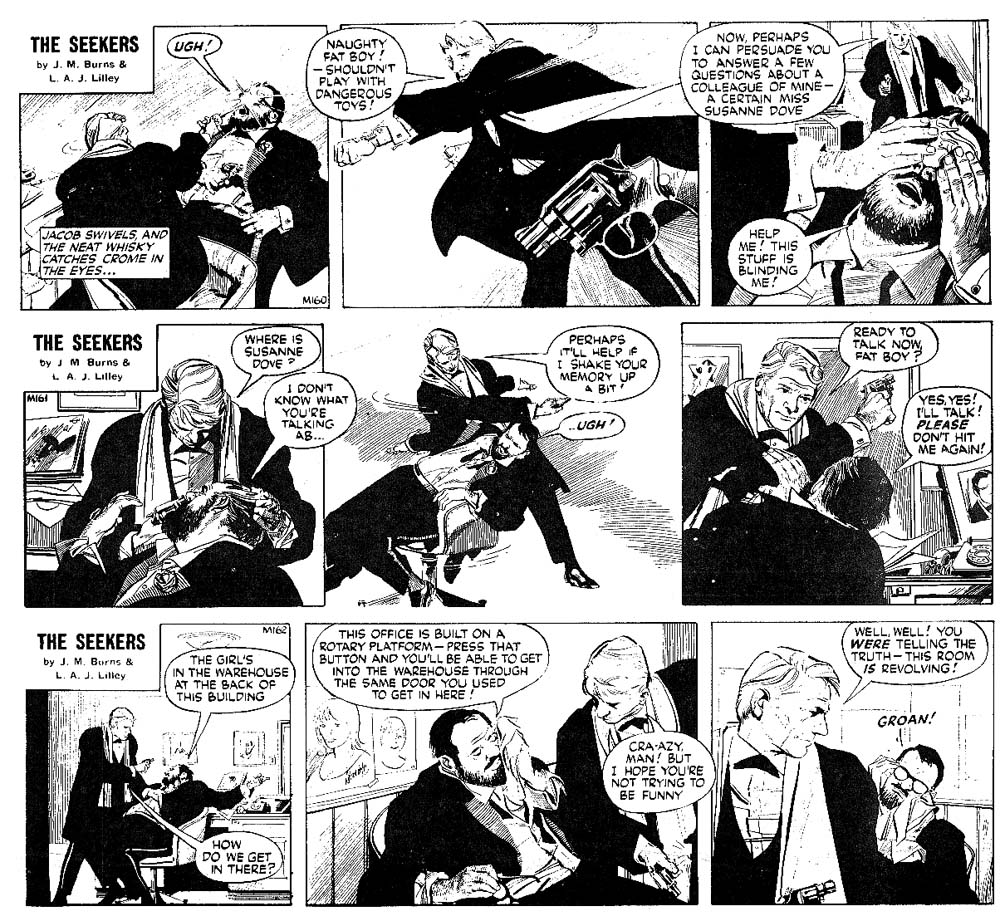 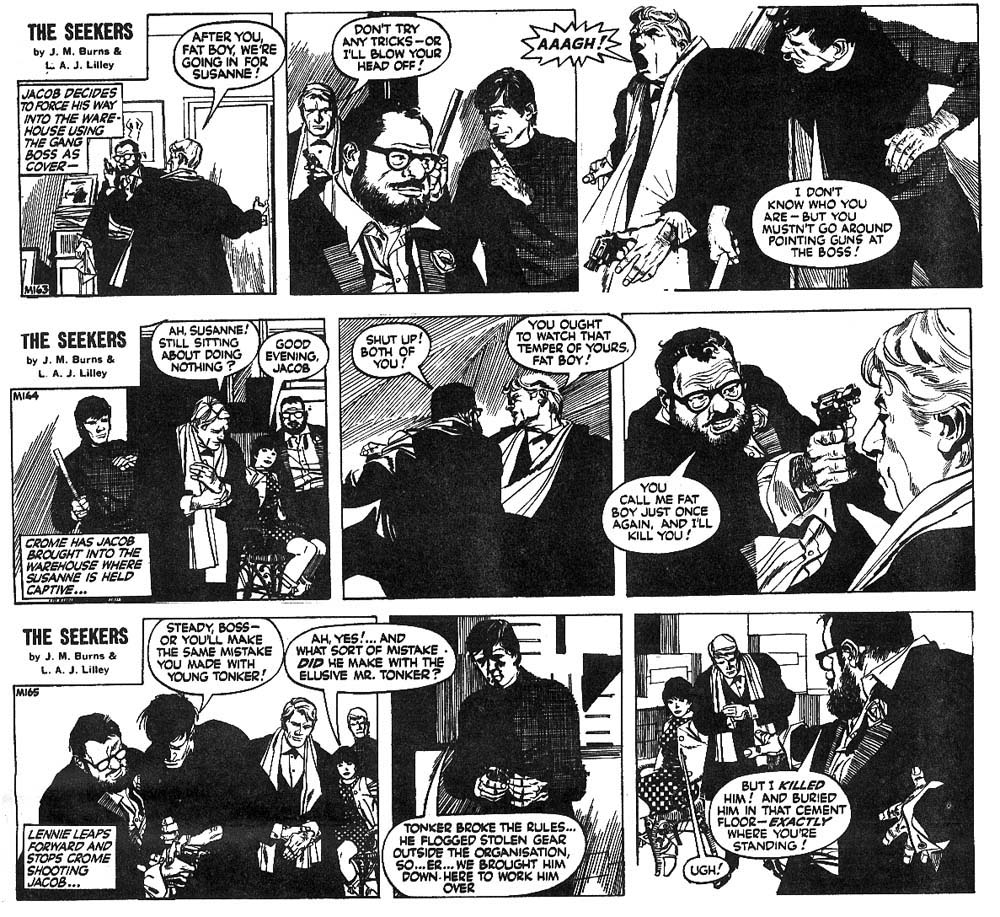 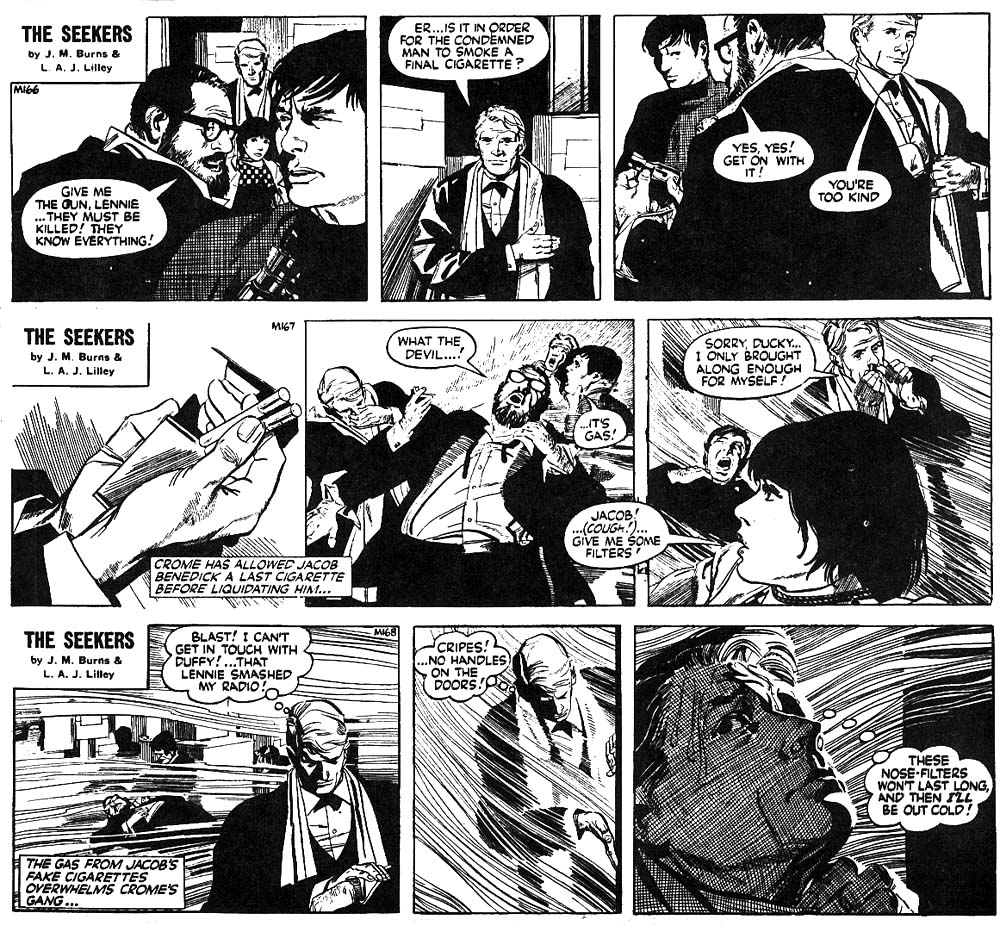 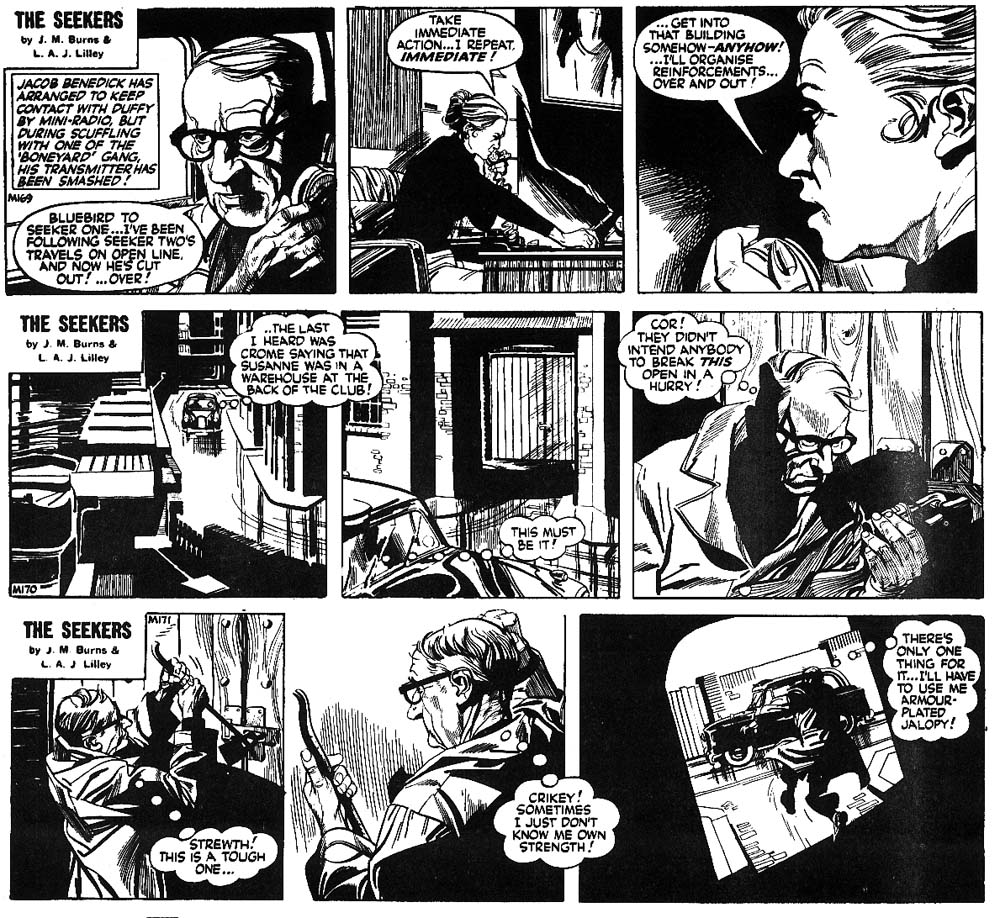 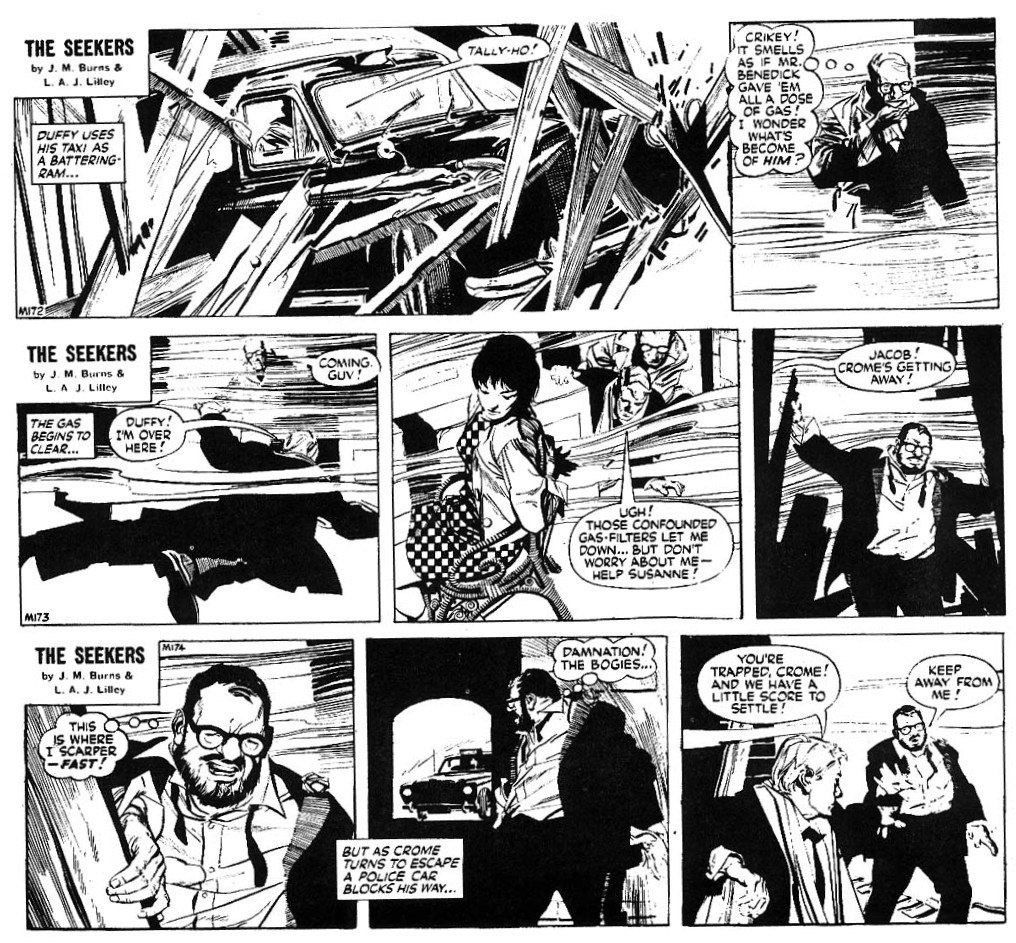 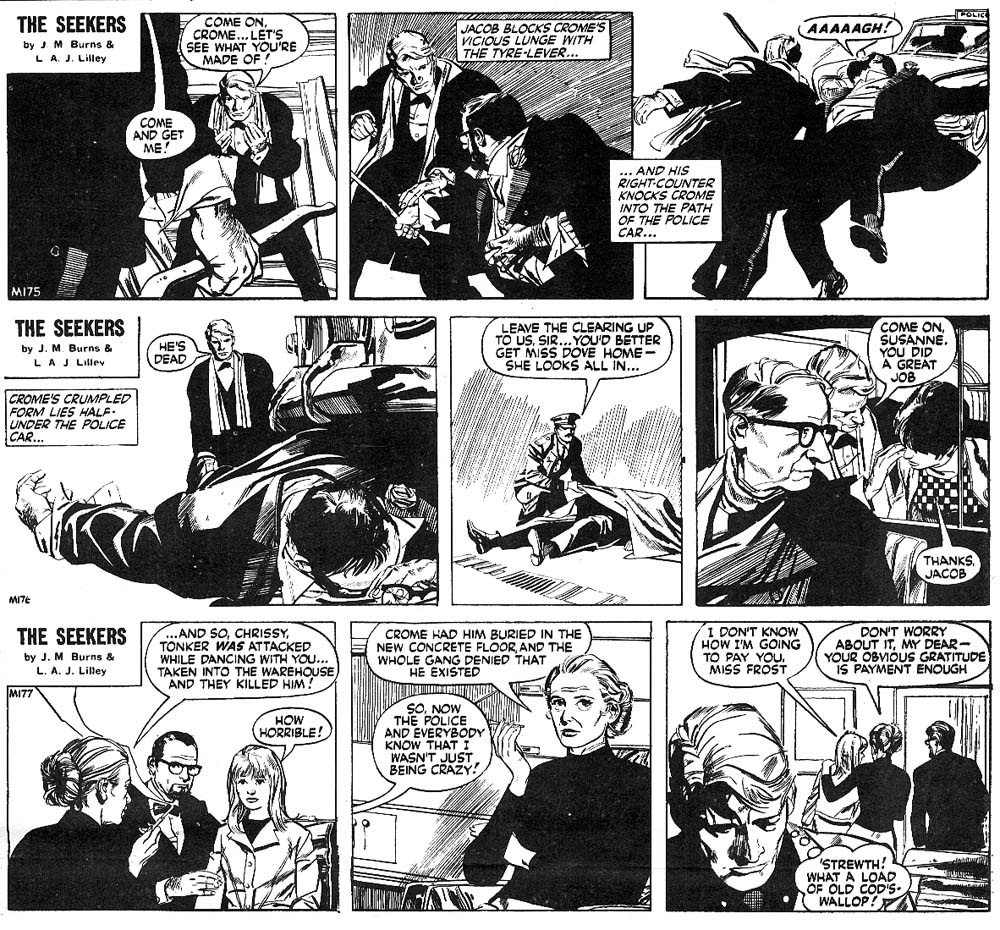 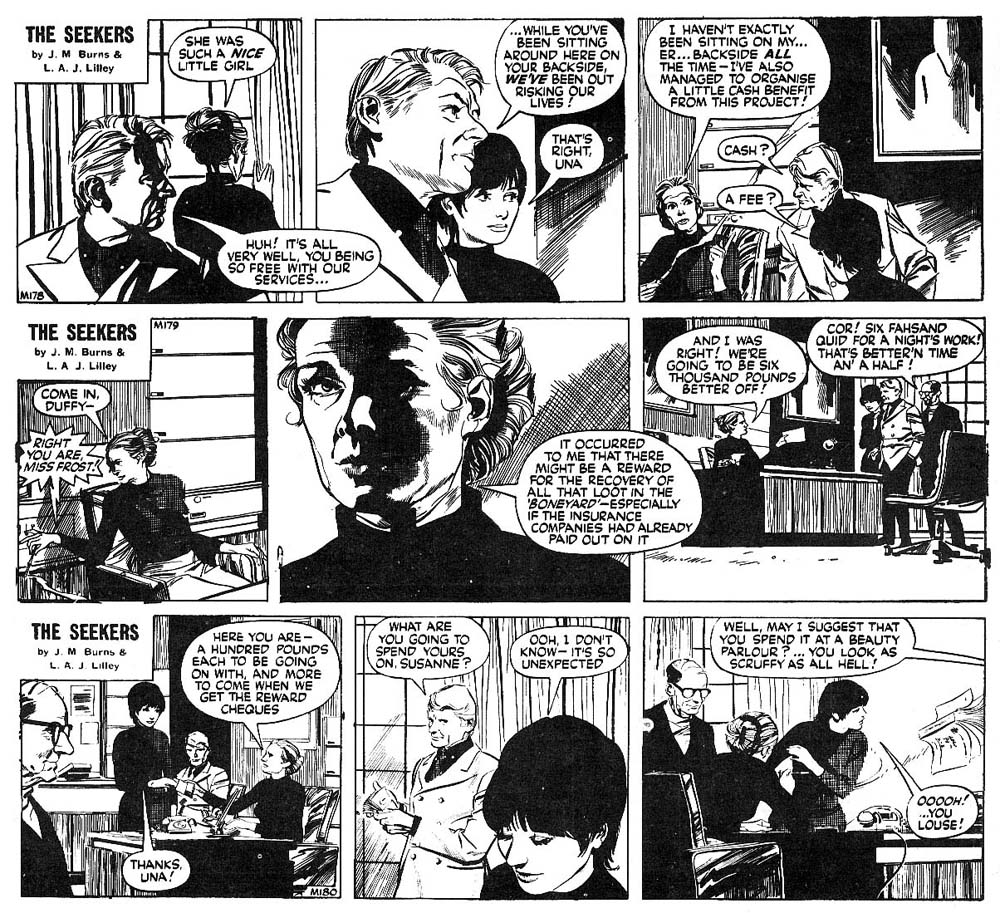 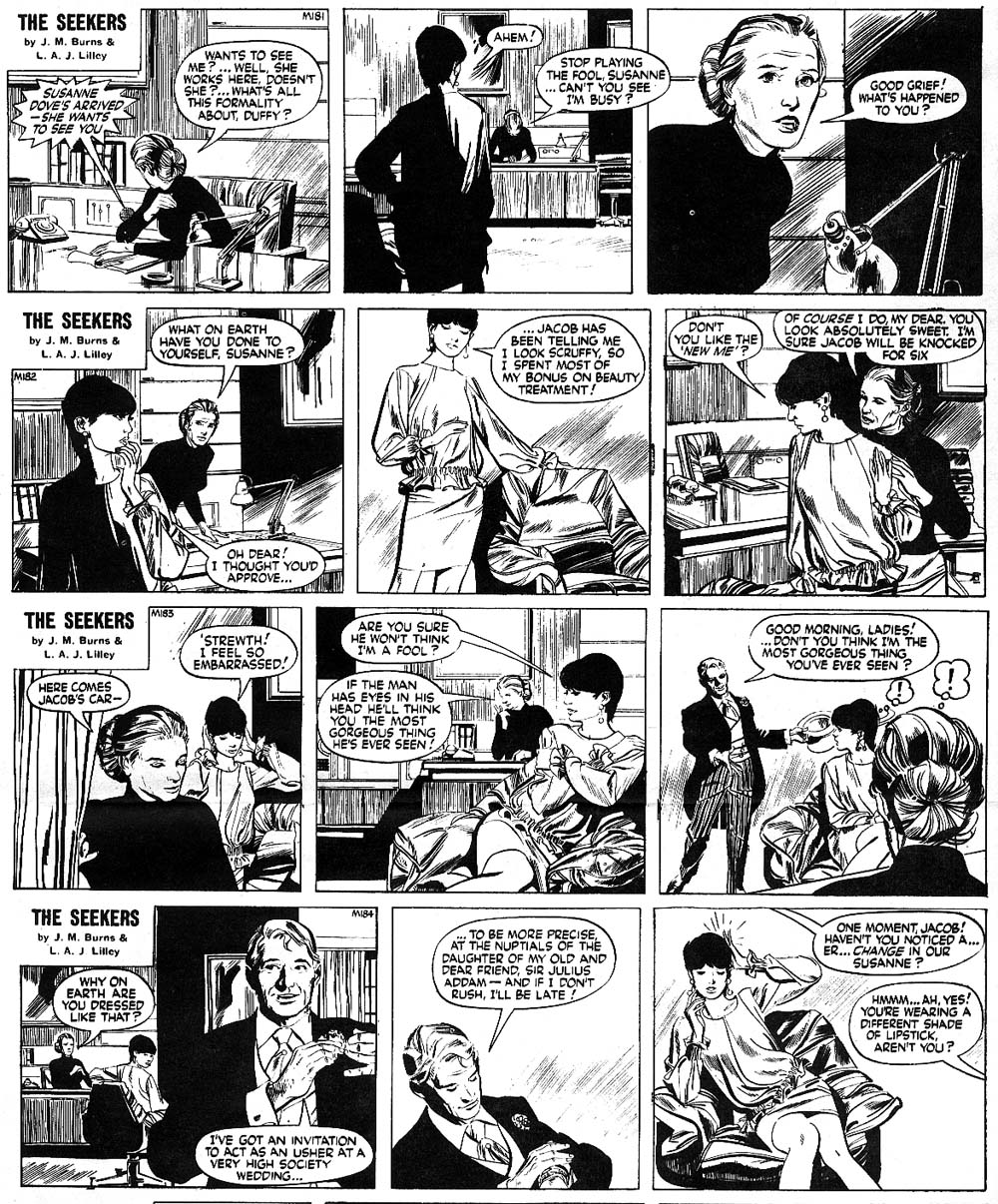 Posted by Hairy Green Eyeball at 12:08 AM

Hairy Green Eyeball
Got my eye on you.